Be inspired and make a round trip through Nicaragua, completely custom made.

A trip through Nicaragua means a trip to the land of lakes and volcanoes, as well as colonial cities and pristine rainforests. What many travelers not know is that Nicaragua also has paradise islands with pearly white sandy beaches. Spot wildlife such as toucans, sloths and caimans in the rainforest. Nicaragua also offers opportunities for sporting activities such as sandboarding of a volcano, surfing and ziplining. Discover the ancient history and get to know the locals. Discover the hidden gems and unique places of Nicaragua together with Unico Travel!

Why go on a round trip through Nicaragua?

Activities such as surfing, ziplining and kayaking

Photo impression of our round trips through Nicaragua

What makes travelling through Nicaragua unique?

Land of lakes and vulcanoes

Granada, one of de oldest cities in Latin America

Areas in our round trips through Nicaragua

Nicaragua is primarily known for the colonial cities of Granada and León. Discover the colorful houses, imposing cathedrals and local markets. The country has many volcanoes, some of which can be climbed. Also walk through the fairytale cloud forests and spot the most colorful birds and with luck felines such as ocelots. Spend the night in the pristine rainforest. Spot toucans, monkeys, caimans, sloths and poison dart frogs here. Take a surf lessons on the Pacific coast and take a ferry to Isla de Ometepe. End your trip through Nicaragua at the paradise-like Corn Islands. Below you will find an explanation of some areas which you can discover during your trip through Nicaragua.

Granada is one of the most famous places in Nicaragua and the starting point of a trip through Nicaragua. Granada is one of the oldest cities in Latin America. Wander around endlessly and discover the colonial architecture. Stroll along the many churches, local markets, colorful houses and atmospheric squares. Climb the cathedral that towers over the other buildings. Secondly, Granada is the ideal base to discover the natural environment. For example, kayak at the Las Isletas archipelago, view the red lava at the Masaya volcano or zipline at the Mombacho volcano. 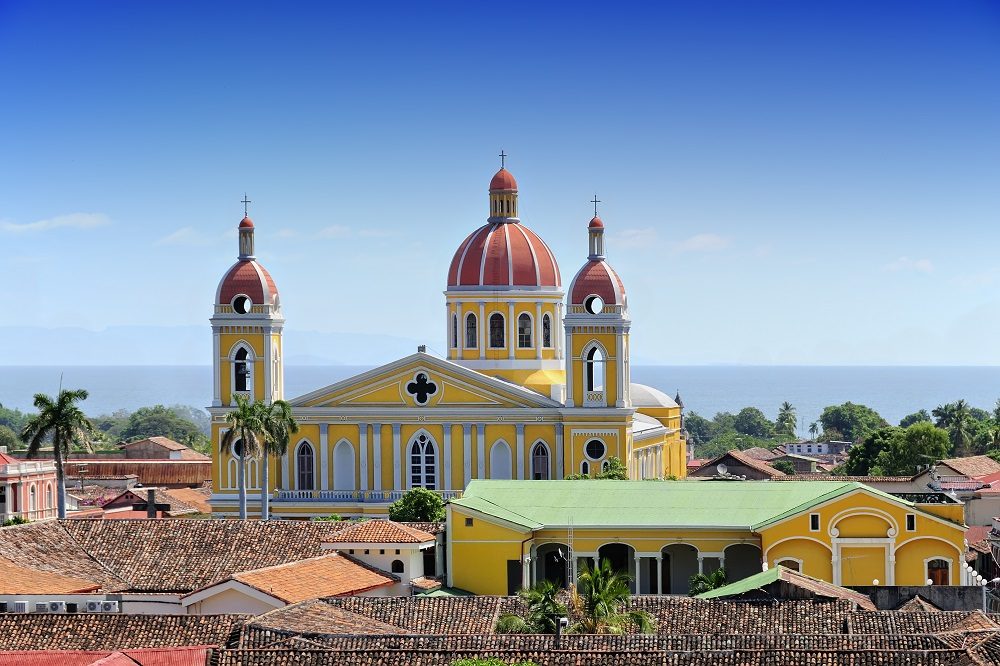 The Corn Islands archipelago consists of Little Corn and Big Corn Island. The airport is on Big Corn Island. You will travel by boat to the smaller Little Corn Island. Enjoy the pearly white sandy beaches and swaying palm trees. Kayak over the azure sea. In addition, explore the underwater world and swim among tropical fish, colorful coral, rays and turtles. Spend the night in a luxurious bungalow with your own plunge pool. In the evening, enjoy a delicious dinner in one of the atmospheric restaurants. The Corn Islands are therefore a true paradise. It is wonderful to spend a few days here in your trip through Nicaragua. 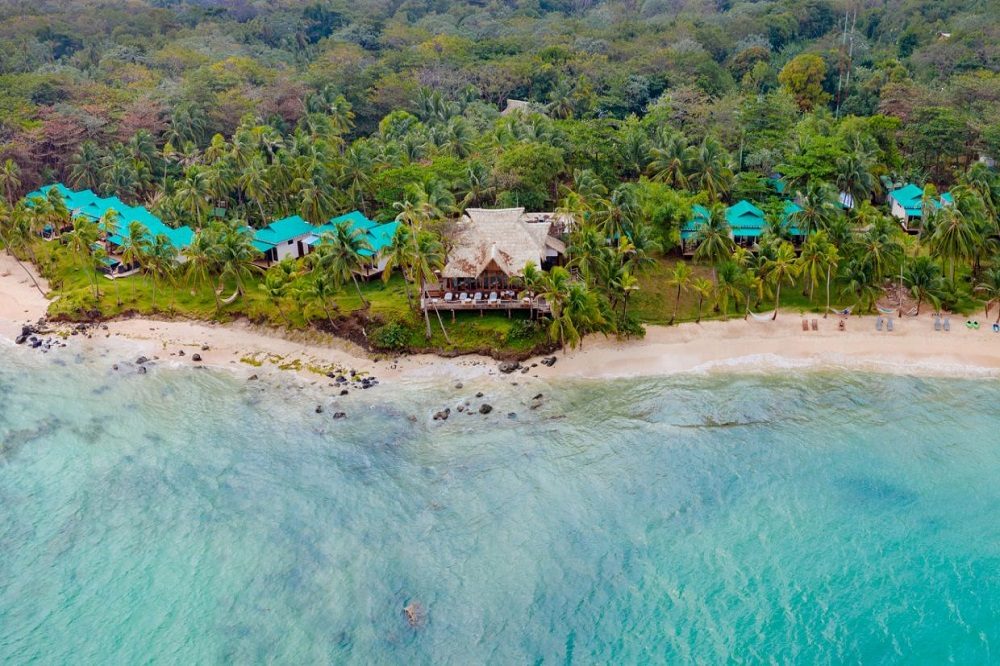 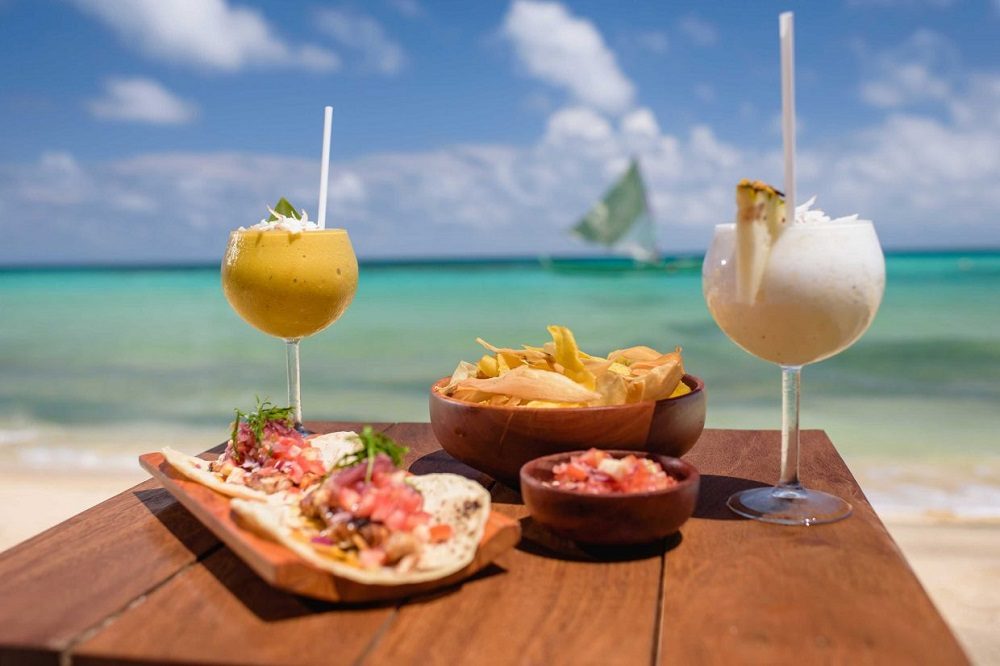 Just like Granada, León is also an interesting city to discover during your trip through Nicaragua. León used to be the capital of the country. Discover the history and colonial architecture. Stroll past the colorful houses, ancient churches and atmospheric squares. Also discover the ancient cathedral of León. It is also on the UNESCO World Heritage List. The area around Léon is also beautiful. Sandboard the Cerro Negro volcano or climb the Telica volcano. Are you a rum lover? Then visit the Flor de Caña rum factory. Unico Travel offers various accommodations. A special overnight stay is, for example, in a former monastery.

Ometepe means ‘between two hills’. The island consists of two volcanoes, the Concepción and the Maderas. You can climb both volcanoes with a guide. At the top you will be rewarded with magnificent views. There are many more activities to experience. First, take a kayak trip or go horseback riding on the beach. In addition, spot many bird species, hike to a waterfall or relax in a natural swimming pool. Unico Travel offers various accommodation options. It is possible to stay at a local address of Nicaraguan owners. It is also possible to stay overnight in a bungalow with a view of the volcano. It is one of the most beautiful places on a trip through Nicaragua. 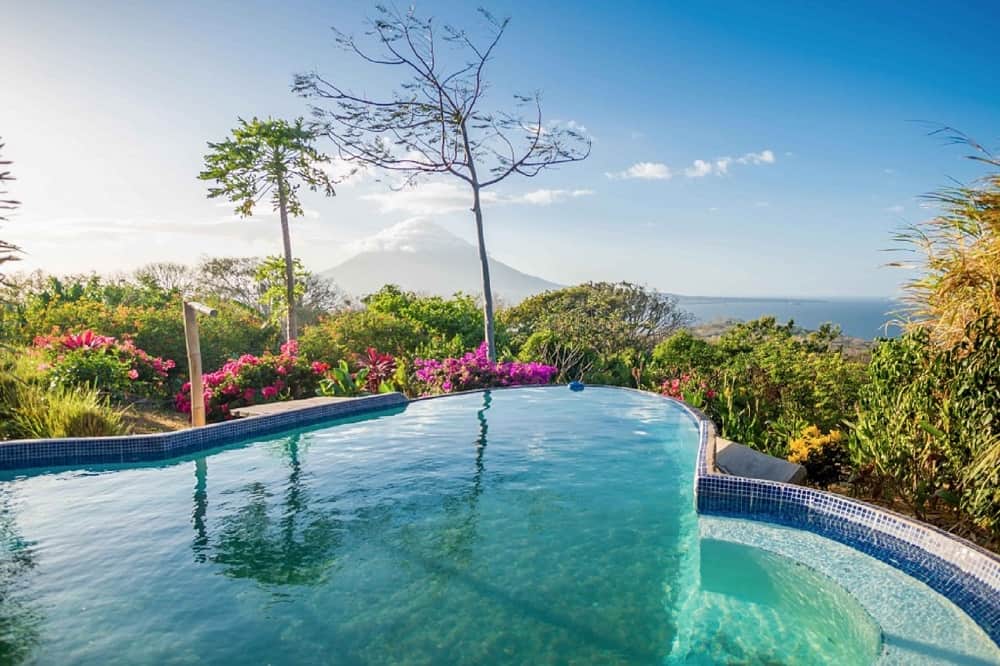 One of the most pristine natural areas during a trip through Nicaragua is the Indio Maíz nature reserve. You will sail from San Carlos to the authentic village of El Castillo. It really seems as if time has stood still here. Discover the history in the ancient fortress and walk through the village. Here you experience the daily life of the locals. Then cruise further up the San Juan River to the Indio Maíz Nature Reserve. At Unico Travel you spend the night in a beautiful ecolodge, in the middle of the tropical rainforest. Spot wildlife such as poison dart frogs, crocodiles, monkeys, sloths, toucans and with luck a tapir. 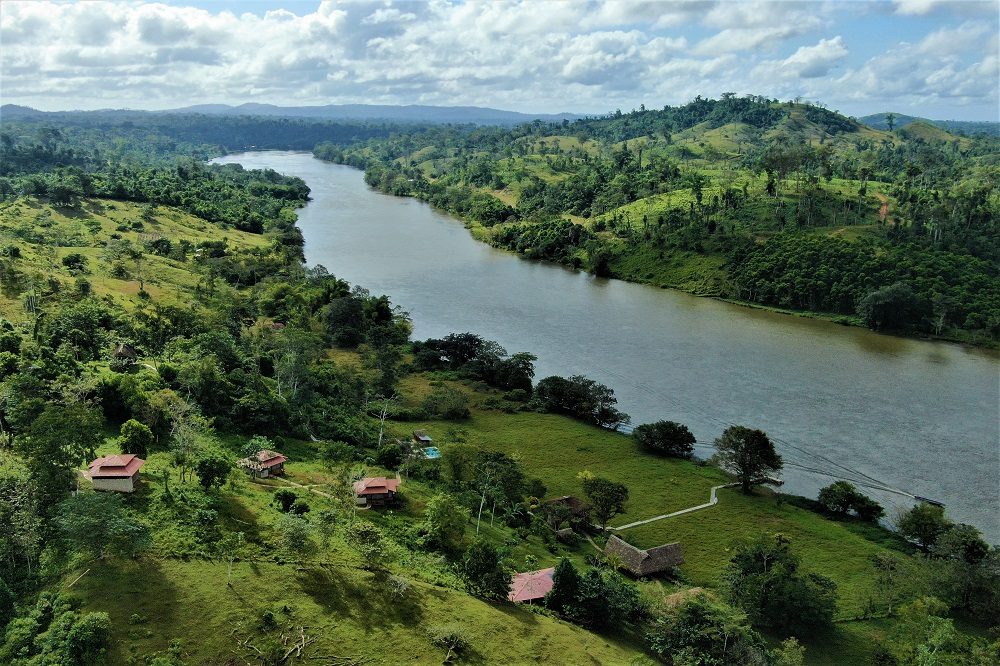 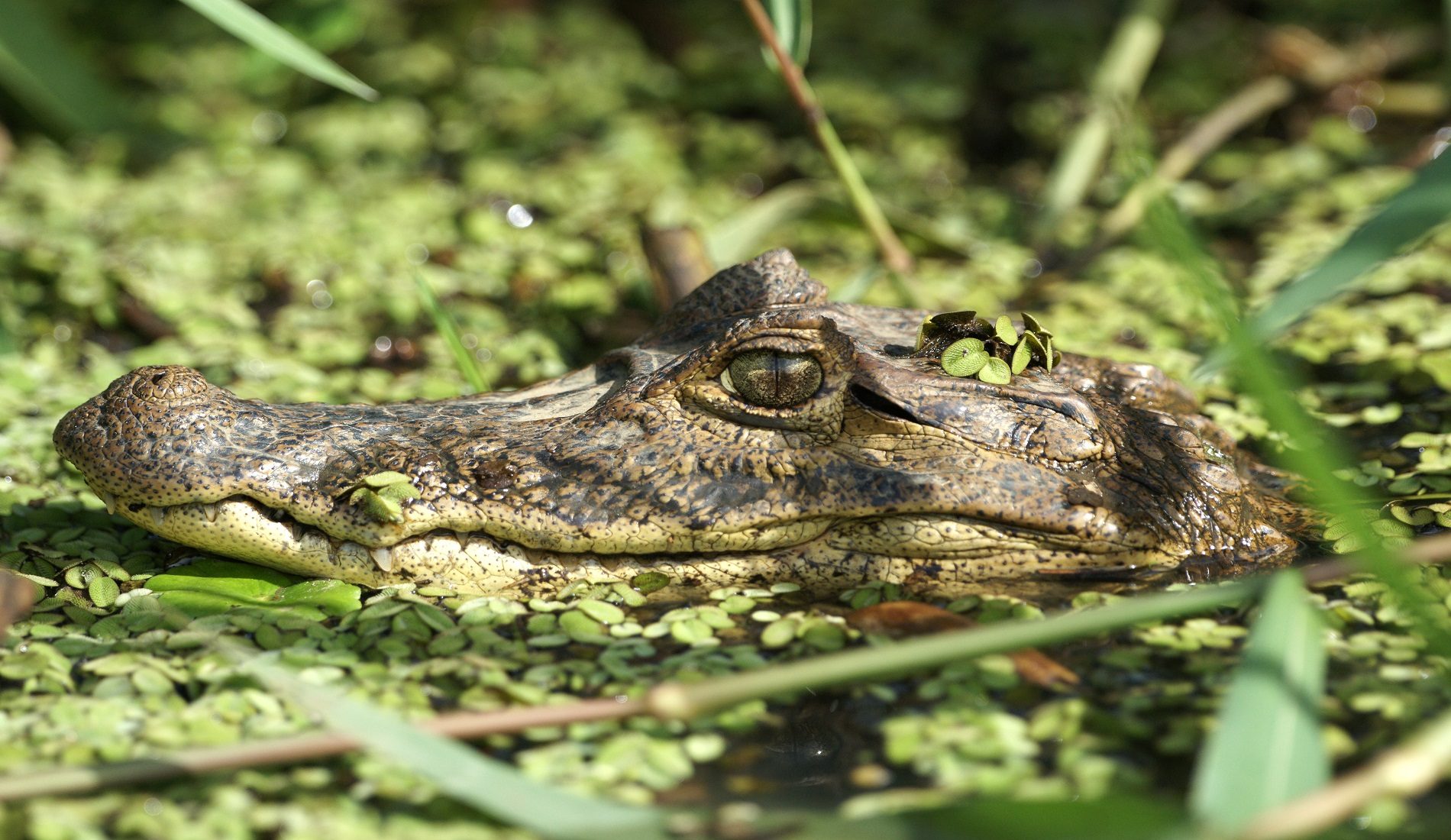 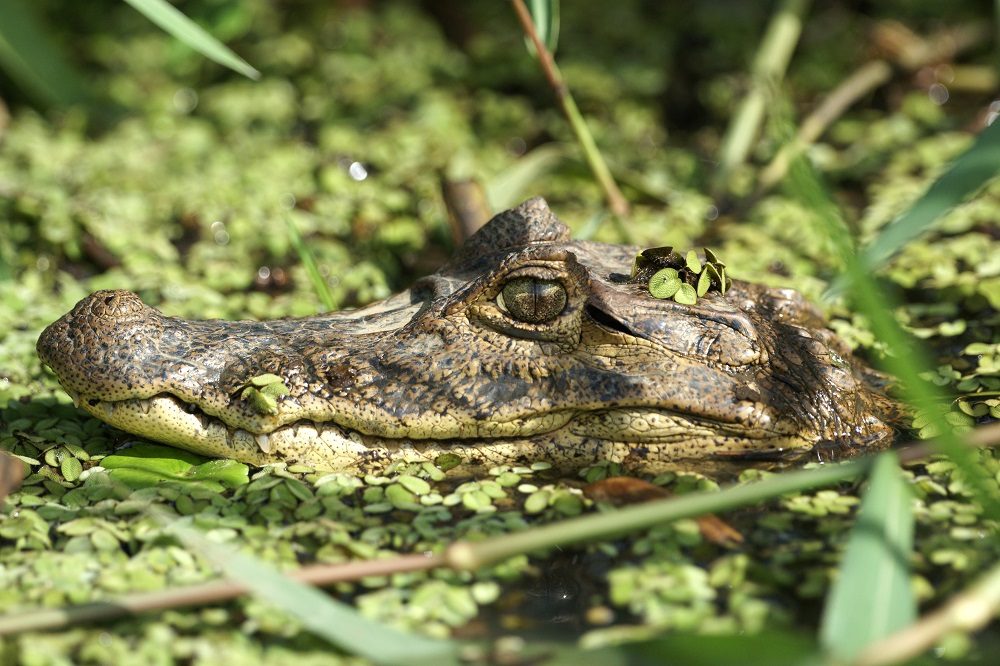 Besides colonial cities, rainforests and islands you will also find fairytale cloud forests in our trips through Nicaragua. In the area around Matagalpa you can take beautiful walks. Hike through the mountains, along streams and rivers. Spot different bird species, as well as sloths and felines. The mystical cloud forests are surrounded by extensive coffee plantations. It is interesting to take a tour of a coffee plantation. A local will explain how coffee is made. 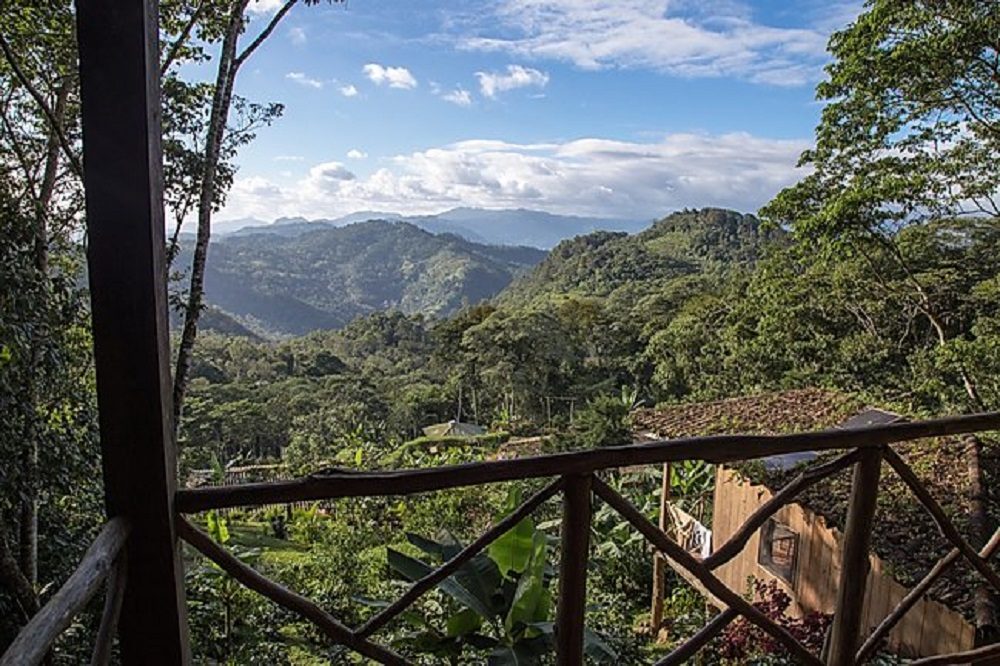 Traveling through Nicaragua with Unico Travel?

Unico Travel is happy to put together your dream trip. You always stay with us in unique places in small-scale accommodations. Before you receive a tailor-made trip from us, we like to speak to each other personally. We then know exactly which places and accommodations suit you. Are you interested in a trip through Nicaragua? Please contact us.

Extra information and tips about our round trips through Nicaragua

Which flights go to Nicaragua?

What vaccinations are recommended?

Is Nicaragua a nice family destination?

Nicaragua offers something for everyone. Take part in sporting activities such as climbing volcanoes, ziplining, sandboarding the volcano, kayaking across vast lakes, diving, snorkeling and surfing. In addition, this destination also offers the possibility to, for example, relax on a bounty island at the end of your trip. The travel distances in Nicaragua are relatively short. In just a few hours you can be in a completely different area. So you don't have to travel a lot to see a lot. The alternation between culture, nature and tropical beaches makes Nicaragua the perfect destination for a family trip.

How is the transportation in Nicaragua?

With our trips through Nicaragua you mainly travel by private transfer or rental car. The driver knows the country like no other and also knows the nice places to stop along the way. This is the most comfortable and safe way to travel. If you speak Spanish, it is also a nice experience to travel through the country by rental car.

How many weeks do we recommend for a trip to Nicaragua?

Unico Travel recommends that you allow at least two weeks for a trip through Nicaragua. It is also possible to combine Nicaragua with, for example, El Salvador or Costa Rica.

What are the most beautiful sights in Nicaragua?

Can I combine my trip to Nicaragua?

Of course it is possible to combine a trip through Nicaragua with the untouched nature of Costa Rica or the authentic El Salvador.
Page load link
Go to Top